Can I Date Someone With Herpes If I Don’t Have It?

Home Can I Date Someone With Herpes If I Don’t Have It? 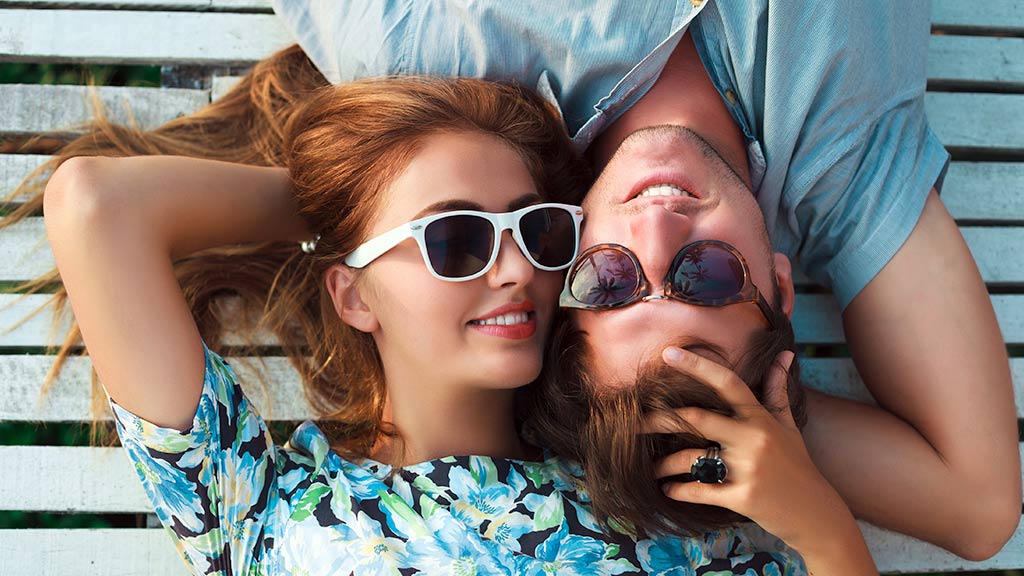 Should you consider dating someone with herpes but you don’t have it? We ask, “Why not?”  You may find that it doesn’t matter.

Can you date someone with herpes if you don’t have it?  Yes, of course you can!  People do it all the time!  There are some amazing people out there who also just happen to have herpes (HSV2).  There may be some precautions to take, if you choose, but those minor inconveniences may be worth it in the end.

Look, there are a lot worse deal breakers out there than just having herpes…and a whole lot of people have it.  They live perfectly normal lives, date, get married, and live their lives just like you.  Sure, they may have had some extra hurdles thrown their way, but that’s life.  It makes them stronger and it just adds to their character.  Besides, everybody has hurdles at one time or another.

So, you met someone that you want to get to know better.  You both have a lot in common.  You enjoy each other’s company and everything just seems to “Click.”  As things progress, there may be a time when he or she has a conversation with you. They may call, ask you to come over or they just blurt it out over dinner.  Either way, they have something to tell you…

These three words are not what you expected to hear.  They probably didn’t even make the top 10.  “Wait…What?”  You think to yourself.  Before saying anything, take a deep breath.  As surprised as you may be, it was more difficult for them to say it than for you to hear.  They may have struggled with it from the day you met or when things started becoming more serious.  In either case, here you are and someone you care about is telling you something important to them.  Hear them out with compassion and understanding.  It took a lot for them to get to this point.

If they had “The Talk” with you, it means something

Telling someone that they have herpes is known as “The talk.”  It is easy for some but can be agonizing for most.  They thought about how they would tell you.  Will you reject them?  Will you be upset or angry?  Will you tell everybody, including their friends and co-workers?  For many people with herpes, these scenarios and how you will respond have gone through their head 100 times or more.  It wasn’t easy.  If someone is telling you that they have herpes, you probably mean something to them.

They are a person, above all

Sure, finding out that the person you have a crush on has herpes can be a tough pill to swallow.  Nobody can blame you, it’s completely normal.  Herpes has been the butt of many jokes for years. Once you look past it you will see a real person, not herpes.  They think enough of you to keep their secret.  They have real feelings, dreams and aspirations just like you do.  They are someone’s mother or daughter, father or son.  They are an important person to someone.  Herpes does not define who they are.  They just happen to have it.

Can we have sex?

Of course!  Who doesn’t like sex?  Just because they have herpes doesn’t mean you can’t have a normal sex life.  Sure, there may be times when you shouldn’t like if they are having an outbreak or one is on the way.  If they have had herpes for a while, their body will tell usually them when one is approaching.  The signs are small but recognizable to them and outbreaks tend to lessen over time.  Some people have them monthly while others have gone years without one.  It all depends on the individual.  Using protection can reduce the chances of catching herpes but it isn’t 100%.

What are the risks of dating someone with HSV2?

For starters, you could risk missing out on having an amazing person in your life.  They could be your best friend, partner in crime, the one who makes you laugh and who is always there for you.  You know..THAT one.  You could also catch herpes.  You can certainly lower the risks but anything short of abstinence will not be 100% effective in preventing it.  Many couples have been together for over 10-20 years without one giving it to the other.  Just know that it is a possibility.

You may have dated someone with herpes…Unknowingly

There are a LOT of people with herpes…like MILLIONS of people.  They are not in some secret society and you probably know at least one person with it.  It could be a co-worker, close friend or even a family member.  They use Facebook and dating apps just like anyone else.  The only thing is, they don’t exactly broadcast to the world about it. The most widely used statistic is “1 out of 4” people have herpes but there is no way to confirm that.  Most people with herpes don’t even know they have it since they don’t show any symptoms. They are asymptomatic.  Some people don’t bother telling and spread it to others without giving them the choice.  The person telling you is better than that.  They told you.

Ever have a cold sore?  A cold sore is herpes HSV1 and it can still be transferred “Down there” to the genital area.  Children will even get them from their kissing relatives when they were babies.  That is probably why people stopped doing it.  No, we are not saying that having herpes (HSV2) is the same as having a cold sore (HSV1).  The body has a much easier time suppressing HSV1 (Oral).  It just doesn’t come with the social stigma attached.

But I don’t want to catch herpes

Like the flu, nobody asks to get herpes.  It just happens sometimes.  You don’t have to jump in the sack right away.  Take your time and get to know that person. Weigh the pros and cons.  Do some reading.  It is entirely possible to have a normal and healthy relationship without ever catching herpes.  You may realize that they are worth the risk.

At one time, you had a connection.  There is no reason that it couldn’t turn into a great friendship if things don’t work out.  You may realize that this person is special and worth getting to know better. Besides, there is no guarantee that you won’t catch it down the road with a different partner.  As we said, a LOT of people have it. Having that special person in your life may far outweigh anything that herpes could throw your way.

Whatever you do,  don’t look up “Pictures of herpes”

For your own peace of mind, please don’t do this.  Just don’t.  Ok, you probably already did so we thought we would mention it.  The herpes images you will find are horrific and probably for shock value. They are the absolute worst-case scenarios and probably from someone with an immune disorder or some other underlying medical condition.  Totally, not typical.  A herpes outbreak can consist of a small bump (Think “Pimple”) to several or more that last a few days to a week.  It may last longer or be more severe for a recent transmission until the body starts producing antibodies against it.

They may not want to date you without herpes

Some people prefer to date others with herpes because there is less pressure and “What ifs” involved.  Maybe they were just hoping you had it, too.  It happens more than you think.  In this case, it isn’t you, it is them.  For real, this time.  Nowadays, it is much easier to meet people with herpes thanks to the internet.  They may feel that it will always be in the back of your mind or they would feel horrible if they gave it to you.  So, they just choose to date others in a similar situation.

The reality of herpes is that anybody who has sex, protected or not, can get it.  It doesn’t matter what gender, age or profession you have.  It does not discriminate.  If someone you are interested in has it, hear them out and maybe give them a chance.  The decision is ultimately up to you.  Love isn’t easy to find in today’s world but they say that there is someone for everyone.  That someone could have just told you, “I have herpes.”